Shankarghola village is situated in the North Salmara taluka in the Bongaigaon district of Assam. The forests of Shankarghola have been home to a considerable number of mammal species like the golden langur, wild boar and barking deer, along with a large number of avifauna including the black eagle. Legally these forests are proposed reserved forests (RF) under the Aie Valley Division, Bongaigaon.

The main communities inhabiting this village are the Rabha tribe and the Bengali Hindu community. The village comprises 45 households of the Rabha tribe and 25 households of the Bengali Hindu community. Their main source of livelihood is agriculture (rice and jute) in th  low-lying areas. Besides this, they also cultivate chili, ginger, etc. and rear livestock. Some of the women earn a living from the sale of handloom garments. The socio-economic situation of the village is not very good, poverty and illiteracy are common problems.

The villagers had a poor socio-economic situation, and this compelled them to fell trees and poach golden langurs for income. This continued for a long period of time and eventually led to degradation of forests. The once perennial stream Kangalkati, which flowed through the forest, also dried up. It was during this period that the villagers formed a Shankargola Ban Sanrakhan Samiti led by a youth by the name Hemanta Rabha. The committee started efforts to regenerate and protect the forest. These efforts were immensely successful and led to return of wildlife and regeneration of vegetation. The only problem that they face is the non-cooperation by the other villages and outsiders who smuggle timber from the forest. The Forest Department has provided no support but their support could help the villagers protect the surrounding forests and ensure livelihoods.

By 1990s, the effect of indiscriminate logging in the forests was clearly visible. The once-perennial stream Kangalkati, which flowed through the forest, dried up. It was during this period when a local youth named Hemanta Rabha, who had traveled out of his village for college education, returned to the village and realized the extent of damage that had been caused. In 1993, he, along with four of his friends, called for a meeting with all the villagers to discuss the cause of degradation and prescribe certain protection measures. This led to the formation of a committee called the Shankarghola Ban Sanrakhan Samiti to protect 50 ha of the forest with Hemant Rabha appointed as the secretary.

The Samiti consists of one representative from each family. An executive committee of seven members was also formed to take care of day-to-day functioning. Despite many efforts by the villagers from Shankarghola, the surrounding villages that use the resources from the protected patch of forests did not agree to participate in the protection efforts.

The protection efforts of the villagers received some encouragement from the support of the patrolling Beat Officer, Biswajit Sarkar. The committee was re-formed and renamed as Tinikonia Pahar Sanrakhan Samiti. Later an anchalic samiti (Regional Committee) was formed by the DFO (District Forest Officer) of the Aie Valley Division under the Joint Forest Management Programme or the Anchal Van Programme.

The conservation efforts taken up by the villagers over a period of nine years have shown remarkable results. The hill has revived, along with the Kangalkati stream becoming perennial once again. Species like the golden langur, wild boar and barking deer are now visible.

The villagers believe that the fertility of soils in their fields has increased and there has been an increase in the availability of firewood for domestic purposes.

The villagers face a constant threat from outsiders who come from the other side of the hill to smuggle timber. There has been no help received from the forest department to resolve this. 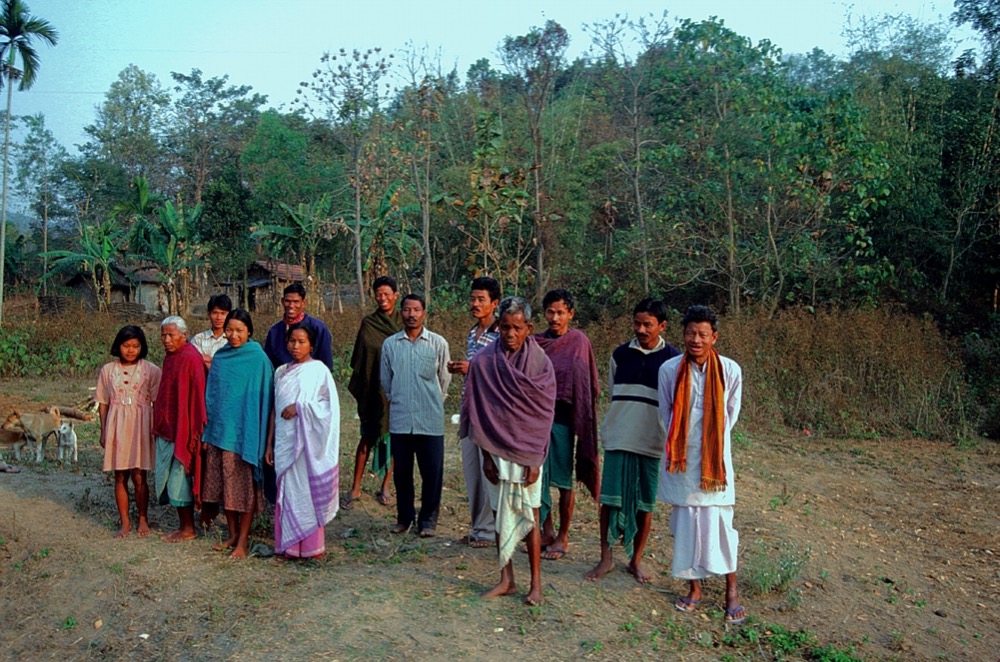