This CCA has been located on the second largest of all the estuaries in Kerala, the Ashtamudi Estuary. This estuary is connected to the Arabian Sea through a perennial opening at Neendakara and Sakthikulangara in Kollam taluka of Kollam district. It is located on the Kollam Alleppy stretch of national highway 47-T. The Ashtamudi Lake has a total area of approximately 38 sq km. It has numerous islets occupied by traditional fishermen. The natural clam bed area of short-neck clams (Paphia malabarica) is confined to the part of the estuary from the mouth to 3 km upstream with a maximum width of 0.5 m in the middle of the estuary. The important groups of marine life found in the clam bed are polychaetes, bivalves, gastropods and crustaceans. Seaweed such as Hypnea, Enteromorpha and Gracilaria sp. are also common.

The communities living along the north and south banks of the Ashtamudi backwaters are the four panchayats of Chavara, Neendakara, Sakthikulangara, and Kavanad villages (Kollam district). Approximately 1000 families from these villages are engaged in clam picking and selling. Most of the clam pickers are fishermen and some of them living on the banks have Chinese dip-nets and normally engage in seasonal fishing in the backwaters and the sea. There is no cultivating land in this area and it is overpopulated.

Before 1981, it was mostly only the fishing communities that consumed clams. Clams also had low economic value. Due to this reason, only a few families were engaged in clam harvesting and selling. Traditionally clams were caught with bare hands from the shallow banks using a simple dugout canoe. The maximum depth possible for clam picking was about 15 feet. It was after the beginning of export in 1981 that the clam market expanded. Thus more and more families got engaged in clam harvesting. Soon after, the production of clams declined drastically due to over exploitation and over harvesting. After discussions with the Marine and Fisheries government agencies, over the issue, a number of rules and bans regarding the clam collection and related activities were imposed. Thus, clam collection began in a controlled and organised manner.

i) Prior to 1981, clams were rarely eaten outside fishing communities in Kerala and hence picked only for domestic consumption.

ii) In 1981, clam fisheries were initiated by the Fisheries Department for export and 200 tonnes of clams were landed that year for exports.

iv) In 1993 the landing data showed a sharp decline with a production of only 5000 tonnes.

v) This created concern among the clam fishermen who realized, in a very real and economic sense, the consequences of indiscriminate fishing in the estuary, especially during the spawning season.

vi) A meeting of the fishermen, officials of the state Fisheries Department, Mining and Geology Department, scientists of the CMFRI and trade union leaders was held on 26 December 1993. The community was supported by the district collector and a number of measures were taken to conserve clams.

After the clam prices soared and the market grew, the communities started to harvest clam in large numbers. Although the socio-economic status of the community increased, there was a drastic decrease in the production of clams. This sudden decline made the community realise in a real economic sense, the consequences of indiscriminate fishing in the estuary, especially during the spawning season. In response to the community's concerns, Dr. Appukuttan, Head, Molluscan Fisheries Division of Central Marine Fisheries Research Institute (CMFRI), Kochi, explained to them the hazards of indiscriminate exploitation of this resource. The community realized the hazards of over-exploitation and conveyed their concerns to the district administration. After a meeting with various people from state and central ministries, decisions were taken to impose bans and regulations to conserve the clams.

Dr. Appukuttan, Head, Molluscan Fisheries Division of Central Marine Fisheries Research Institute (CMFRI), Kochi, was the one who had explained to them the hazards of indiscriminate exploitation of the resource. The fishermen, officials of the state Fisheries Department, Mining and Geology Department, scientists of the CMFRI and trade union leaders were a part of the meeting where the bans and regulations regarding the clam fishing were decided. The District Collector was very supportive of the need to conserve clams and made decisions in favor of the community members despite objections from some of the trade unionists. The community of clam fisherfolk are the ones who are mainly involved in the conservation activities while the government and the police play a passive role. The fisherfolk patrol the clam beds at night and if any boat is found anchored over the bed, the entire community is alerted. Shell miners who are from the community are difficult to deal with. The expenses of patrolling, visiting the Directorate and informing the fishermen about the ban dates are all borne by the community without any financial help from the government or NGOs.

There is a ban on clam collection from October to January. To impose this ban, members of the community and the informal leaders (usually the middlemen) have to obtain the District Collector’s order every year. The informal leaders of the clam picking supervise the processing of the clams for export and act as middlemen between the exporters and the clam fishermen. An informal meeting is held in the month of October to decide the date of the ban which is then informed to all the community members.

i) There is a ban on clam fishing from October to January in the estuarine zone, when spawning and spat settlement occurs.

ii) The mesh size of hand dredges and other nets used for Paphia sp. fishing should be more than 30 mm and for other clams 20 mm.

iii) The annual export of clam meat should be less than 1400 kg.

iv) There is a strict control on exploitation of undersized clams by the carbide industry in Tamilnadu.

v) The members of the community patrol the beds themselves, at their own initiative and expenses.If any boat is found anchored over the bed, the entire community is alerted. Shell miners who are from the community are difficult to deal with.

The entire CCA is accessible all year round for fishing activities. Only the ban period is when clam collection is completely prohibited. During this time, fishing of other species such as crabs and fishes is allowed, which is also done without disturbing or harming the clam bed.

The clam population has seen an increase since the ban and other such rules have been imposed. Since the imposition of rules and regulations with respect to clam fishing, the community has become aware of the hazards that over exploitation of resources and indiscriminate fishing creates. Due to the measures and the efforts that were taken by them, the clam population has increased in the subsequent years.

The response from official enforcement agencies and the police has been poor, almost negligible, and is subject to the influences of the more powerful shell-mining lobby. There is a lack of a proper law regulating the clam fishery. The current ban order in this area is only a directive from the District Collector, which needs to be renewed every year by the community. The shell-mining lobby has been indulging in indiscriminate fishing of undersize clams for the 348 Community Conserved Areas in India - a directory carbide industry in Tamilnadu. The demand for clamshells, which provide the raw material for welding gases, cement coatings and poultry feed, has attracted a large group of clam fishermen towards this trade. Hence there has been a division within the community. The community leaders are also ‘middlemen’ who may sometimes weaken their stand under pressure from export companies and delay the start of the ban. Mesh size regulations are not being adhered to strictly by the fishermen and there are instances of large-scale hand dredging of the clam beds with bag nets of small mesh sizes by the shell miners, which, if continued, will lead to depletion of the clam bed. The lack of funds for conservation efforts like patrolling, holding meetings, and so on. All shell mining activity comes under the Mining & Geology Department and the rest of the clam fishery is under the Dept of Fisheries. The jurisdiction, and consequently the vigilance, is divided between two government departments. The community is apparently losing their drive and energy to conserve their resources and is on the verge of accepting that wanton mining cannot be stopped by their efforts alone.

Since the community carries out all the conservation activities by themselves, using their own funds, it becomes difficult to manage their households and the activities together. So they definitely need support in the form of management, human resources and finances. 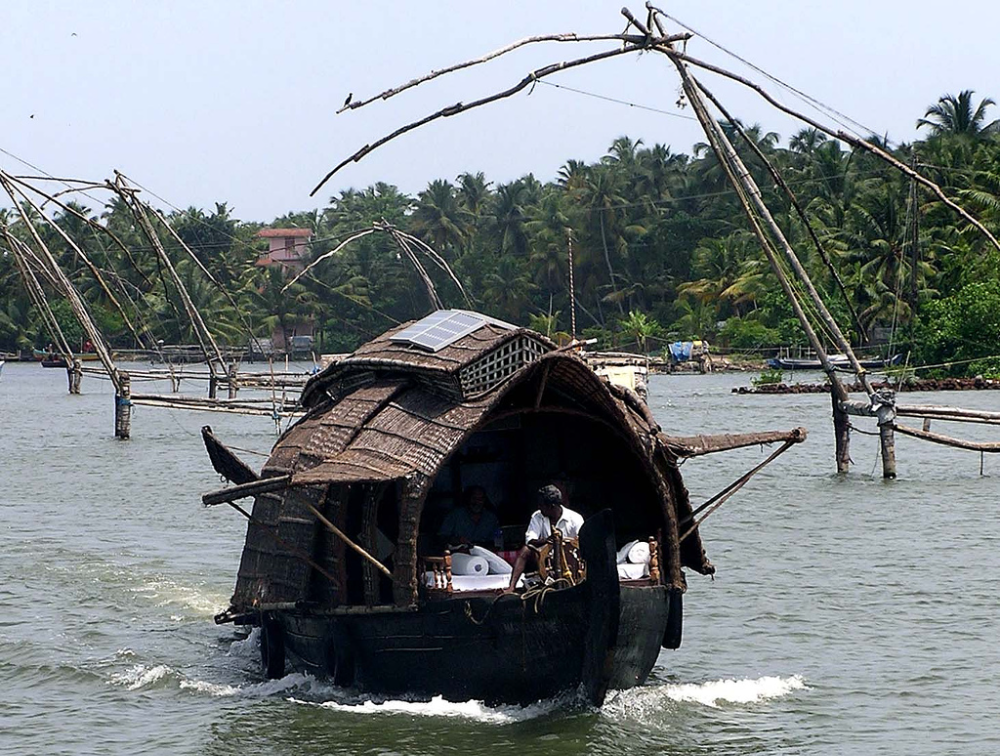