Salomi Village lies in the Kiphire district of Nagaland, Northeast India. It is part of the Patkai range of the Eastern Himalayas. This region falls under the Indo-Burma Biodiversity Hotspot (Conservation International), and the Fakim Wildlife Sanctuary and Saramati Area, an Important Bird Area recognized by Birdlife International, and Key Biodiversity Area. Salomi also houses a limestone cave complex in their community forest.

Salomi is the traditional homeland of the Yimkhiung Naga, who reside here and in neighbouring regions. Residents predominantly speak Chirr-Yimkhiung and Langa- Yimkhiung dialects. Salomi has a government school including primary, middle and high school. Additionally, there is one private middle school in the village as well.

Residents rely predominantly on nature-based livelihoods such as logging, fish farming, mushroom picking, bee-keeping, etc. Few residents pursue swidden farming or jhum, as is traditionally done in nearby regions. Most residents have paddy fields. Some residents pursue service and government jobs in nearby towns and cities.

Salomi’s residents have used the forest for numerous livelihood activities such as firewood and timber collection, and NTFP.

The primary reason to begin conserving the area was to preserve rare and endangered species. Further, residents were keen on preserving their forests and natural resources for future generations and began regulating over-extraction.

The Salomi Village Council and Salomi Village Students’ Union initiated the formation of the CCA. They were inspired by the forest department education programs and environmental NGOs working on conservation initiatives in the region. This initiative followed a wave of locally-led conservation initiatives in Nagaland, especially among villages in Kiphire (bordering Myanmar) that house a portion of the state’s primary forests.

1. Rule no. 7 (Act 2006 and 2007) instituted by the YAA states the prohibition on hunting and collecting rare and endangered species such as the tiger, sambar deer, tragopan, black bear, gaur, hoolock gibbon and pangolins. Defaulters will be fined Rs. 50,000 by the YAA. All villages under Yimkhiung jurisdiction are required to abide by these rules and report any violations.

2. Collection of flora and fauna is totally prohibited under Salomi’s CCA jurisdiction.

3. Collection of firewood and timber is prohibited in the CCA. Defaulters are imposed a fine of Rs. 7,000  per tree cut.

So far, residents from some neighbouring villages like Khongsa and Luthur have been fined for cutting down the trees from the community conserved area.

People from the community have depended directly on the forest to fulfil multiple needs. Earlier the village council had a system where they would have to donate timber from the forest to new members settling within the community from nearby villages. But today, citizens are trying to put more effort into conservation to preserve rare and endangered species from their primary and secondary forests.

The whole CCA is a no-take area. Collection of flora and fauna is totally prohibited. Further, collection of firewood and timber is also banned. This is a permanent practice covering 500ha.

Hunting of endangered species of flora and fauna has been prohibited, positively impacting their populations and ensuring their protection.

Implementing new policies has helped the community in conserving flora and fauna, especially by taking cues from neighbouring villages.

Residents believe that the involvement and support of NGOs to scientifically explore their forest and resources is very crucial at this point. Organizing seminars and education programs at the village level is imperative and it will encourage residents to start conserving biodiversity. They also state the need for financial and livelihood support for conservation in the area. 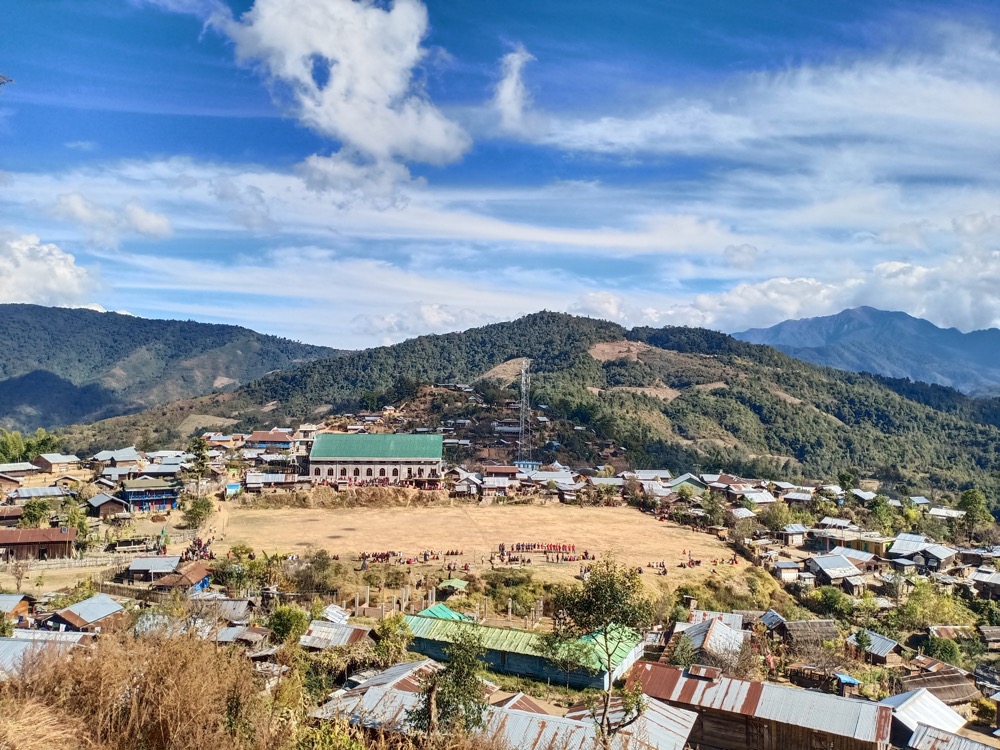