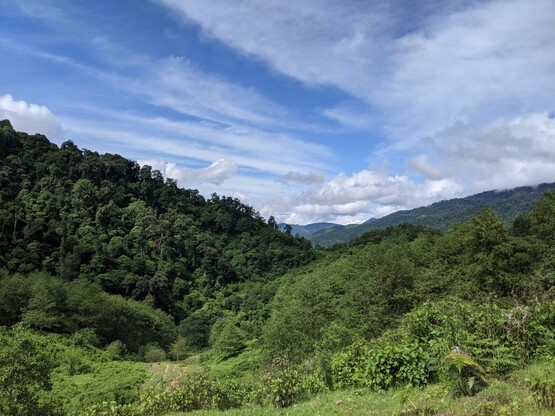 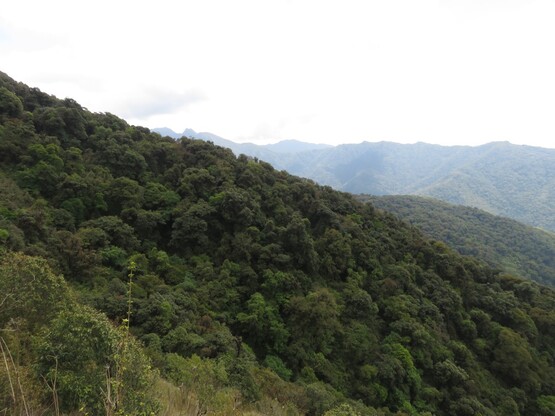 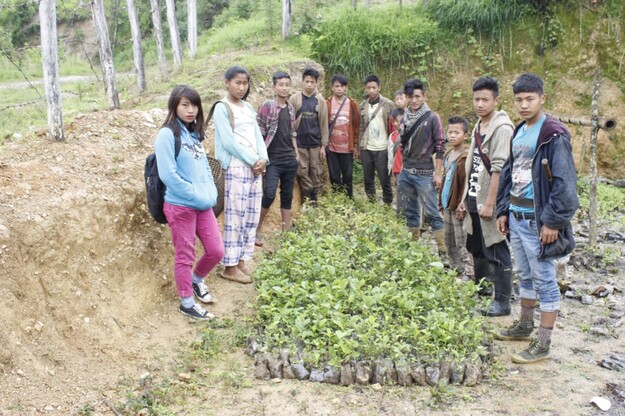 In March 1980, a 641.5 ha patch of forest land was bought from the villagers by the government to establish the Fakim Wildlife Sanctuary (WLS), a state protected area. Fakim’s community forest and WLS host a number of rare and threatened species such as the Blyth’s Tragopan Tragopan blythii (Nagaland’s state bird), Asiatic wild dog Cuon alpinus, sambar deer Rusa unicolor, clouded leopard Neofelis nebulosa and marbled cat Pardofelis marmorata. The Bhutan Glory Eco-club, named after the endangered butterfly Bhutan Glory Bhutanitis lidderdalii was formed in 2013 by a resident duo. They have been conducting nature education seminars for children, elders and forest guards ever since. Further, they have conducted biodiversity studies to document mammals, birds, butterflies and moths, and reptile species in the CCA. In 2015, they published a booklet with all their findings.

Fakim Village is the traditional homeland of the Yimkhiung Naga. The residents primarily speak the Chirr-Yimkhiung and Langa- Yimkhiung dialects, and Nagamese. Hindi and English are also spoken among most residents.

Residents predominantly rely on a host of nature-based livelihoods such as swidden farming, mushroom picking, hunting and timber collection, to name a few. A few residents have service and government jobs in the nearby towns and cities. The Forest Department has few employees from Fakim Village to guard the Fakim Wildlife Sanctuary and other contiguous forest areas as well.

Fakim has a government primary school, and students travel to nearby towns such as Salumi and Pungro to attend primary and high school.

The government protected area in Fakim was established in 1980, which restricted all kinds of hunting, extraction and activities within this region. In efforts to extend further protection to their community forests, members of a local NGO called the Bhutan Glory Eco-club and forest department personnel suggested the formation of a community conserved area, adjoining the WLS. The CCA was then formed by Fakim Village Council.

2006&2007: Yimkhiung Akherü Arihako (YAA) institutes two Acts to ban the hunting of rare and endangered species, to be enacted in all Yimkhiung villages and jurisdictions.

2015: A small part of Fakim’s community forest was declared as a CCA and resolutions to ban extraction of any kind (including timber, firewood, hunting and other NTFP) were instituted. Carrying weapons (such as guns) for safety was permitted at this time.

2016: Neighbouring villages with contiguous forests- Fakim, Thanamir and Vongtsuvong form a joint council for conservation after a meeting in Fakim Village.

2016-17: An action committee was formed by the Fakim Village Council to oversee governance of the CCA.

2021: The Joint Council of Fakim, Thanamir and Vongtsuvong Village wins the Nagaland Governor's Award for outstanding contribution for Conservation and Protection of Environment.

2021: A "mithun project" was initiated by community members to keep mithun inside the CCA and away from people’s fields and village premises (as they tend to destroy crops). For this, the fence was provided by NEIDA (North East Initiative Development Agency) and community members came together to fence the CCA area and create a boundary to keep the free ranging animals inside.

2022: A new resolution was instituted by the village council banning weapons of all kinds in the CCA.

Residents of Fakim Village were keen on conserving their natural resources and curb over hunting and consumption in their forest. Further, they wanted to create a region which would act as a buffer between the village and WLS, preventing hunters from accessing the WLS. Hence, they declared the area as a CCA and instituted resolutions to ban the extraction of timber, firewood and hunting.

The local village council, citizens group and students union have been actively involved in this initiative.

Mr. Tsuseki and Mr. Limthure, master educators and project leaders of Sanctuary Nature Foundation’s Mud on Boots project are residents of Fakim Village who formed the Bhutan Glory Eco Club in 2013. They have spent this time documenting biodiversity in their community forest and Fakim WLS (including birds, mammals, butterflies, moths and reptiles), conducting workshops, and nature education seminars to transform community sentiments towards conservation. They have mobilized the youth, along with married men and women in Fakim to engage in community mapping and wildlife documenting. They also collaborate with and guide researchers and students pursuing biodiversity related studies in Fakim.

Mr. T. Alemba Yimkhiung is a Game Watcher with the Nagaland Forest Department. Starting off as a camp guide at the age of 17, he has now been with the department for over 35 years. He has been a key contributor to demarcating the WLS boundary, has collaborated with and guided many researchers and students and been vital to changing Fakim villagers’ perceptions on conservation. He currently heads an anti-poaching squad which patrols the forests of Fakim along with adjoining forests of Thanamir and Vongtsuwong. The Fakim Anti-Poaching Squad recently won the Sanctuary Wildlife Service Award in 2021.

Together, Mr. Alemba, Mr. Tsuseki and Mr. Limthure, among other residents, have motivated the village council to create the CCA in Fakim. Currently, the CCA does not receive any support from the government. Community members themselves participate in managing the CCA and creating boundaries.

Recently in 2021, an NGO called NEIDA (North East Initiative Development Agency) has supported the building of a fencing to keep the mithun from entering the village and field premises.

The Fakim Village Council and Fakim Citizens group are among the apex decision making bodies regarding all village level matters, including community forest related governance. The council is made up of gaon burrahs (village elders) and their elected council members, led by the elected council chairman. Historically, women have been excluded from decision making and hold no place in the village council in most Naga societies. Customary laws have precedence in Nagaland and may differ among different tribes and even different villages at times.

While regular/ monthly meetings take place among the council and citizens group, most important decisions and resolutions are discussed, contested and instituted during the annual general sessions that take place in the last week of December each year.

The Yimkhiung Akherü Arihako (YAA) is the apex Yimkhiung students union. In 2006 and 2007 they instituted two acts to ban the hunting of rare and endangered species to be enacted in all Yimkhiung occupied villages and jurisdictions.

2022: Prohibition of hunting, collecting timber and firewood, and carrying weapons (including guns, air guns and catapults). The fines for violating the rules include: 1) fines for carrying weapons a) Guns-Rs. 1500; b) Air guns- Rs. 1000; and c) Catapult Rs. 500.

2022: Littering inside the defined mithun project area (overlapping with the CCA) is prohibited (Fakim Village Council Resolution no. 6 and 7 2022). The fine for violating this is Rs. 500.

A separate Action Committee was formed by the village council, to oversee CCA related governance. It consists of 7-10 members who are swapped with new members every year. This rotational system was set in place to ensure all residents take responsibility and are involved in the functioning of the committee.

Many fines have been imposed on residents and outsiders in the past for violating the rules.

The CCA is used predominantly to rear free-ranging mithun and collect NTFP.

No take area: The entire CCA (comprising 1500 hectares) has been declared a no-take area, except for NTFP. This is a permanent practice.

Article 371 (A) of the Indian Constitution confers  that no act of Parliament shall apply to the State of Nagaland in respect of the religious or social practices of the Nagas, its customary law and procedure, administration of civil and criminal justice involving decisions according to Naga customary law and ownership and transfer of land and its resources. This makes local communities in Nagaland the de facto owner of their community forests, unless otherwise stated.

Residents believe that the CCA and establishment of rules has had a positive impact on biodiversity. Previously, they were not sure of how many different kinds of bird and animal species lived in their forest. However, after conducting ecological studies in the CCA, they have observed that the populations of butterflies, reptiles, birds and mammals have all increased.

They have also observed an increased number of sambar deer and black bears in their fields, leading to crop damage.

Rules and regulations along with active committees overlooking violations, timely renewal of these rules to account for residents’ needs and availability of resources have supported the conservation efforts in Fakim.

Further, nature education among the youth and elders, particularly decision makers such as council members, has instilled an urgency and responsibility towards conservation and forest management. Lastly, residents also believe that conservation research and projects in the region have allowed more direct engagement with conservation and generated necessary knowledge to boost conservation efforts in Fakim.

Residents and people at the forefront of managing the CCA believe support (logistical and monetary) from the government and/or NGOs to start a project here could really boost their conservation efforts. The Bhutan Glory Eco-club has done ad-hoc surveys in the past, as and when funds were available or awarded to them, but they believe continued support can yield long-term benefits for their efforts towards conservation in Fakim’s CCA.

The community aspires for more nature education seminars to be conducted, especially among children. They hope for the future generations to be able to see wild animals in their own forests, rather than only through the media. For this, they want to conduct research and implement conservation plans that are likely to succeed in their landscape. 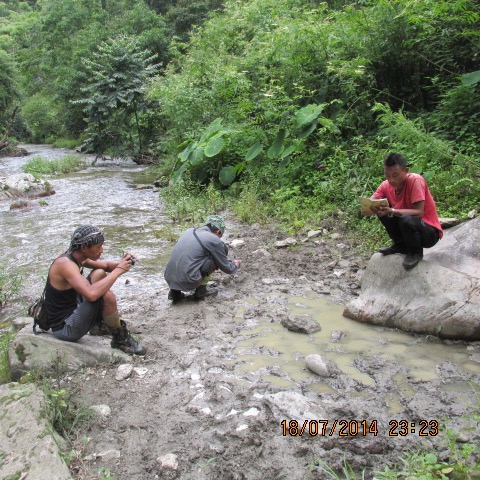 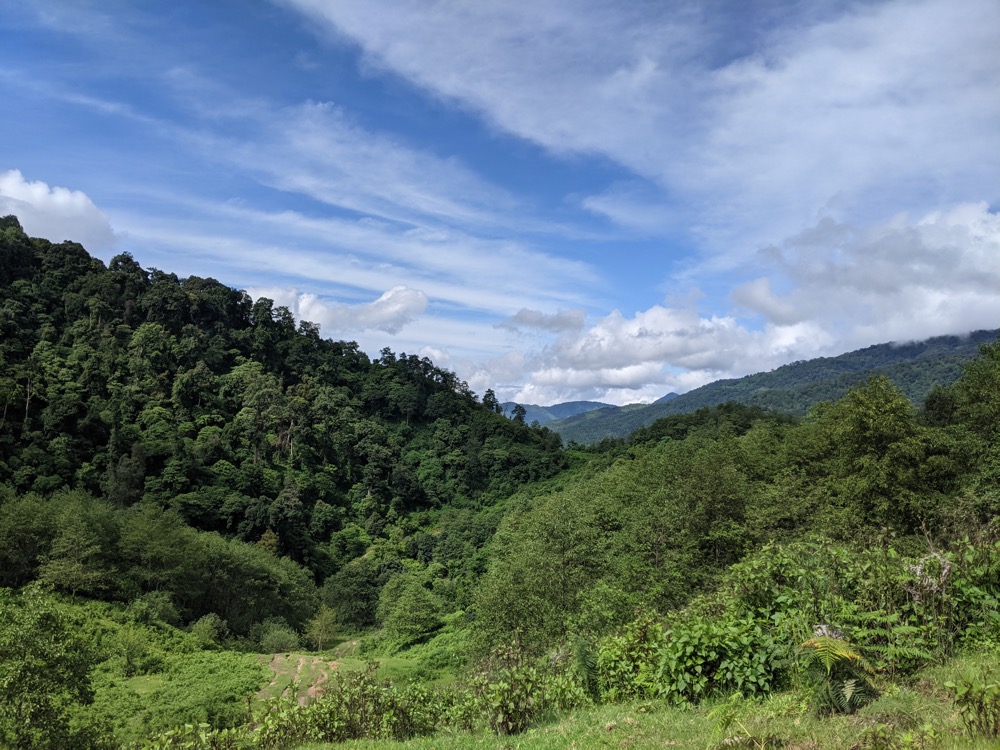 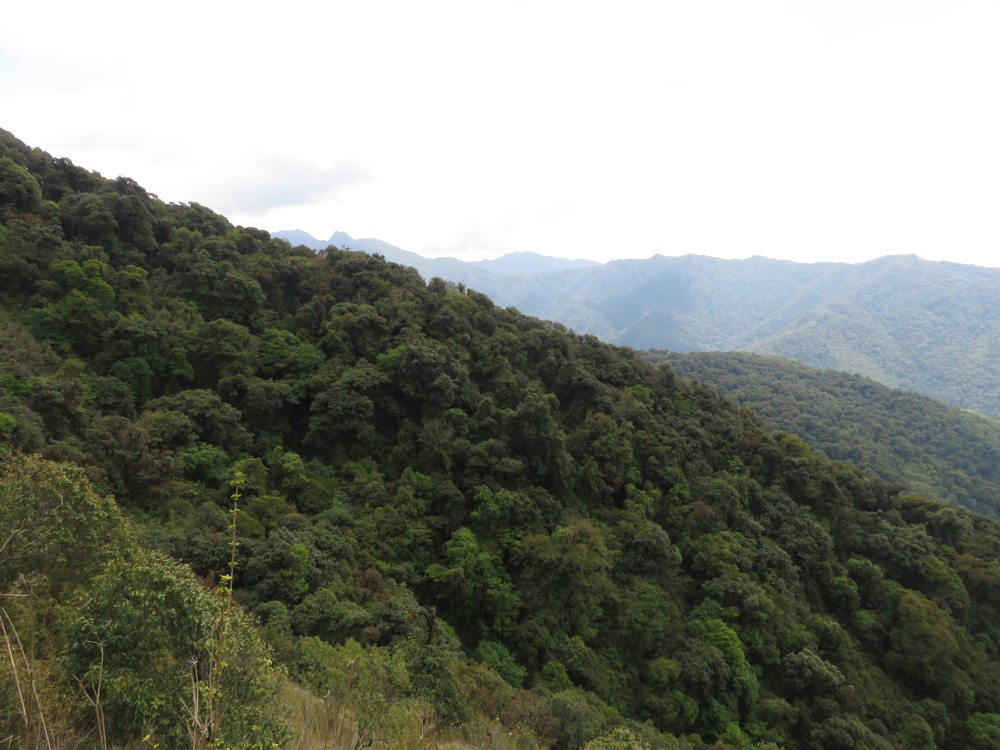 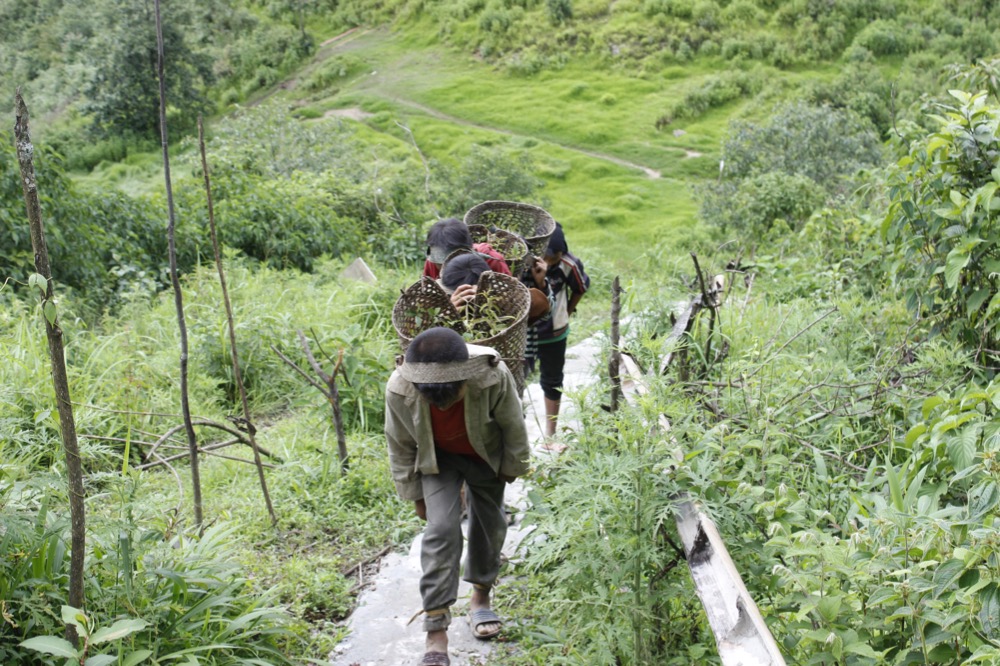